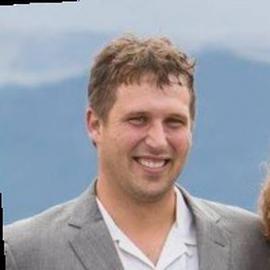 As a child, Chris often visited his grandparents’ home near the Rocky Mountains where he nursed a love for botany. There, he learned to tend to apple orchards and fruit gardens; when to use bone meal and when to use fertilizer after tilling. He was taught to identify plants and geological features, as well as how to manage the land. Later, after an 11 year stint as a brick layer and following the birth of his daughter and son, Chris revisited his love for the natural world. He obtained a bachelor’s degree in environmental science with a concentration in ecology from Evergreen State College. During his time there, Chris undertook a project which saw him speaking to ranchers across Washington to learn their operations and practices. Then, using public data pertaining to soil, rainfall, grazing patterns, and state transition mapping, he was able to theorize ways to optimize grazing and best sustain the grasslands in the region. With the CDL, he is learning to program in R and use ArcGIS Pro for mapping—a precursor to his project which involves utilizing data sets on carbon sequestration to predict which specific land holdings could profit most from carbon credits. Of the CDL he has to say, “I always wanted to focus my education on the more analytical side of ecology, but my school didn’t have the classes. Here, I learn something in every meeting, and skills like programming in R while doing my project.”